After yesterday's news came out that Next is currently testing recipes and working on its menu for elBulli, which Eater was told would be about 20 courses, Grant Achatz got in touch to let us know that the dinner will actually be closer to around 32 courses to better reflect meals he has eaten at Ferran Adria's shuttered Spanish eatery.

Achatz and Next exec chef Dave Beran dined at elBulli in 2007 and shared the menu, which they're using as part of their inspiration in creating the menu for the Next series, with Eater. This menu, which is below, is written entirely in Spanish. With a little translation you can see some dishes that could possibly make it to the menu at Next. Or at least inspire some ideas. Think lots of fresh fruit, vegetables, seafood, cheeses and more.

Achatz said meals he has had at elBulli usually spanned about three and a half hours and included about 45 to 50 courses, but was a "different style of service than anywhere." Achatz added that while Adria put out numerous courses, he and Beran decided to lower the number closer to 32 to "take it easy on everyone."

As previously reported, the chefs are still working on the final menu, but Achatz said to expect dishes to appear in a few categories like cocktails, snacks, tapas and desserts. Below, the menu from the 2007 elBulli dinner Achatz and Beran are using for inspiration. 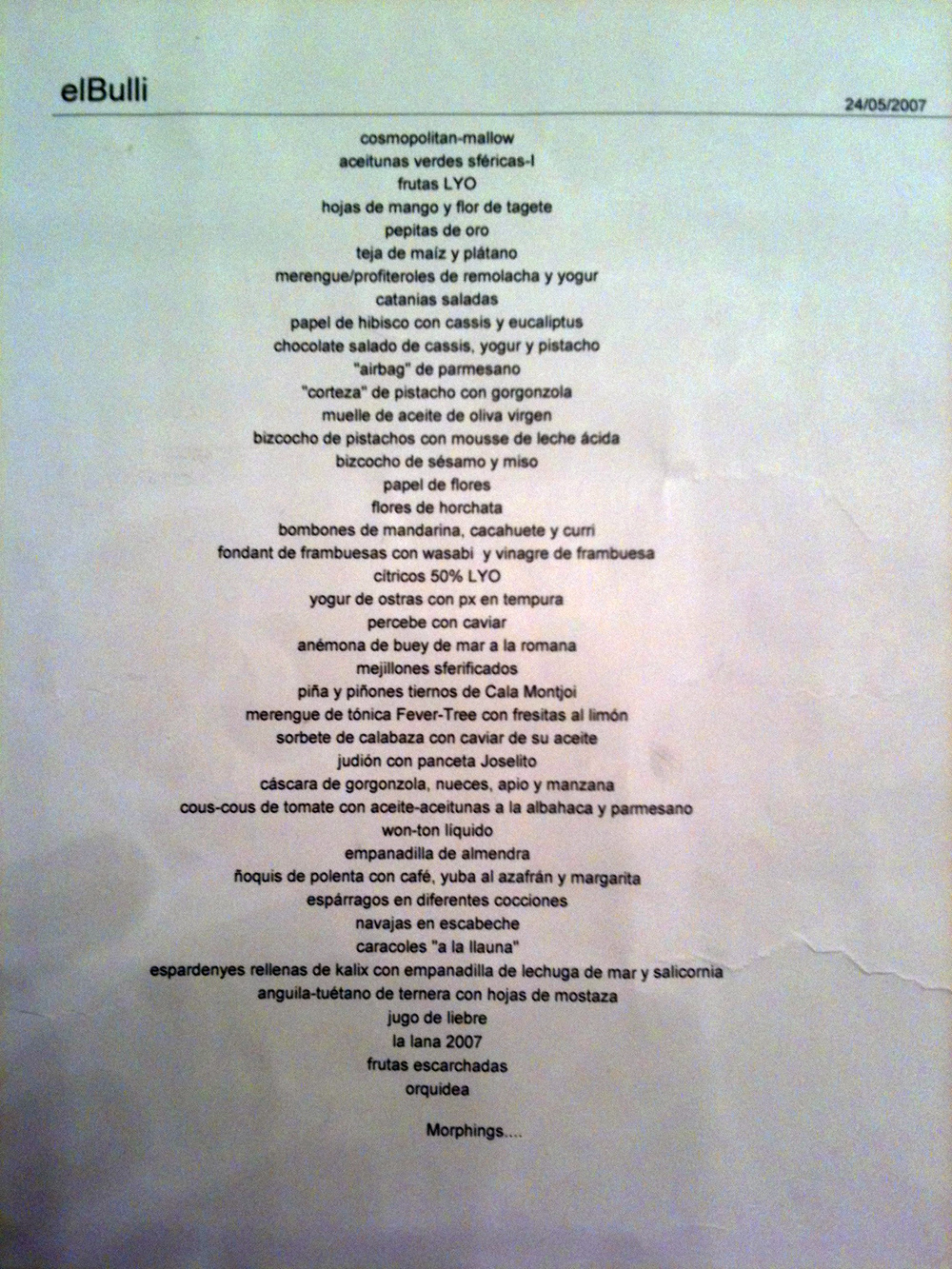 (Menu from elBulli where Achatz and Beran dined in 2007; click to enlarge)

· Want Next Season Tickets? You'll Have to Wait a Bit More [~EChi~]

[Photo: Achatz and Beran peeking into Next's Tour of Thailand]