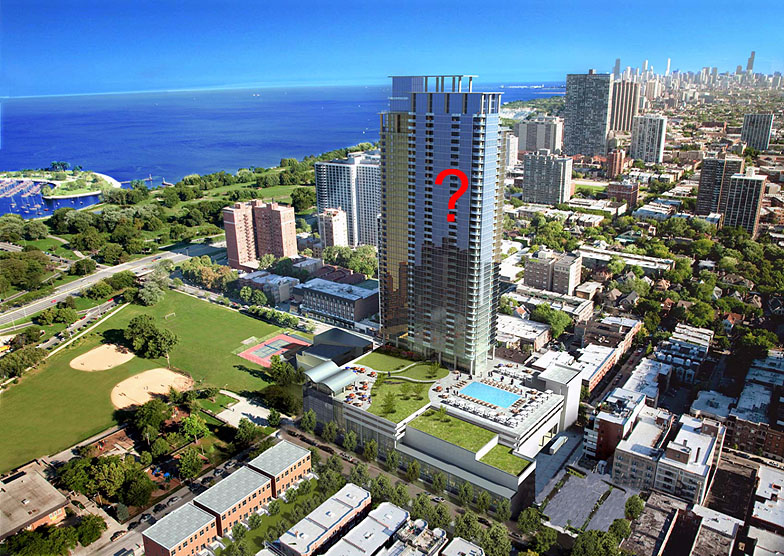 UPTOWN— Sedgwick Properties, developer of the "Lighthouse at Montrose Harbor", was forced to regroup for the second time after Ald. James Cappleman rebuked their proposal. Originally named "Lake View Station," the variously 400-600 unit plan was first rejected months ago due to density and TIF fund dependence. If Sedgwick continues to cling to its TIF demands, these towers may never see the light of day.

STREETERVILLE— The Rehabilitation Institute of Chicago will summon the moving trucks, but not just yet. Last June, the distinguished institute announced plans for relocation from 345 E Superior Street to 630 N McClurg Court, but only this week released renderings of the new building. A joint commission of firms HDR and Gensler, the handsome product will be 400 feet tall, less than previously imagined. But don't expect to see much action for a couple years— completion won't be til 2016.

LAKE FOREST— While former Bears Coach Dick Jauron left the team nine seasons ago, that's how long it's taken he and the fam to uproot themselves from the region. With the nest empty, and with a coaching gig in Cleveland, Jauron put his relatively modest Lake Forest home on the market for $699K. Come take a look!

LINCOLN PARK— With the Hotel Lincoln set to open in a month's time, Curbed graciously accepted an invite to prowl its corridors. We brought back the evidence and some more intel on the 184-bed boutique project. While rooms are fairly average, its location and food are stellar.