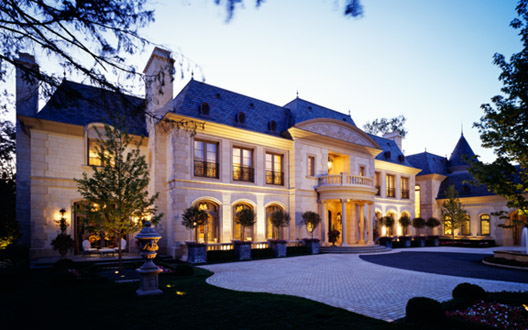 WINNETKA—After languishing on the market for a couple of years, the 27,000-square-foot Winnetka mansion known as "Le Grand Reve" is headed for le grand auction.

WRIGLEYVILLE—While the Cubs have swung and missed multiple times on developing the Traingle Building at Wrigley Field, one young architect stepped up the the plate and drew up his own plans for the site. And they look pretty good!

STREETERVILLE—Renderings were released earlier this week for yet another apartment high-rise in Streeterville. This one, developed by Golub & Co., will include a pair of 42- and 10-story towers.