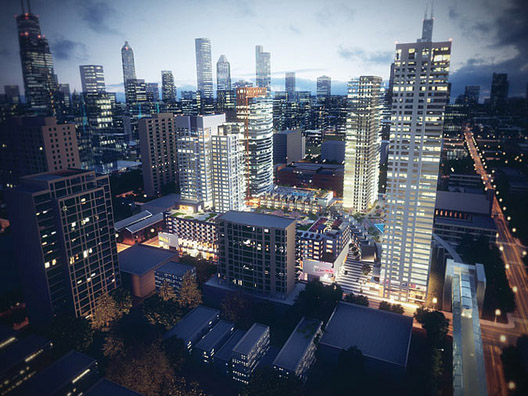 NEAR NORTH—Some new details — and, more importantly, new images — have been released about the planned redevelopment of Atrium Village, which calls for four big high-rises and plenty of green space. See the full plans here.

NOBLE SQUARE—Curbed spotted a home in Noble Square that's billed as "the largest solar-powered residential home in Chicago," which doesn't look much different from the non-solar houses in the neighborhood.

RAVENSWOOD—The mixed-use development next to the Ravenswood Metra station is still in the works, and plans now call for 160 condos to go with the grocery store and retail. Construction is scheduled to start next summer.