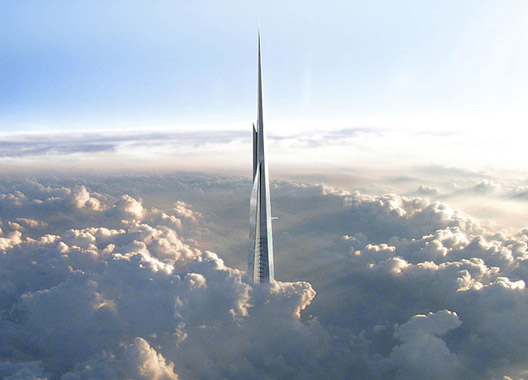 SAUDI ARABIA—Chicago architecture firm Adrian Smith + Gordon Gill has been hired to design the tallest skyscraper in the world, a pointy, kilometer-tall structure that will be built in Jeddah, Saudi Arabia.

RIVER NORTH—Last week, HGTV unveiled the 1,000-square-foot Trump Tower condo that it will give away in its 2011 Urban Oasis contest. Curbed visited the space and shared some photos.

BUCKTOWN—Embattled White Sox skipper Ozzie Guillen made a couple of big real estate transactions this summer; he sold his West Loop townhouse, and purchased a modern single-family home in Bucktown for just under $2 million.

LINCOLN PARK—Mayor Emanuel brokered a deal between neighborhood NIMBYs and the development team that is redeveloping Lincoln Park Hospital. Under the deal, the project will be less dense, and grocery store delivery trucks won't be able to access Webster.