Just one month after opening The Black Sheep, general manager Michael Simon has stepped down from his post. An email popped into the Eater inbox with a statement from the former Graham Elliot GM, where he referred to himself as "consultant/interim GM," which raised some eyebrows. In the articles written about the Black Sheep in the months leading up to the opening, Simon was always referred to as "general manager/partner," a title given by chef/owner James Toland.

When emailed, Toland simply replied, "Sadly, Michall [sic] has moved on. We are grateful for his consulting on the beverage program and his work as interim GM." Seems odd to open a restaurant with an "interim" GM, but Toland said that Jeff Hester (Sepia, Graham Elliot) would fill the management position. Simon isn't the first GM to leave; a few months prior to opening, Tony Cournia (L20) stepped down from the management job. In his statement, Simon said that he and Toland parted ways amicably and that he will pursue other projects.

Simon's full, albeit short, statement directly from the email:

As we completed our first month it made sense for all parties to view my creating the beverage program / FOH as that of a consultant / interim GM. So I am able to pursue other projects, possibly out of chicago, chef james toland and I parted amicably and he is overseeing all facets of TBS.

UPDATE: Adding to the fishiness surrounding Simon being referred to as the "interim" GM, we remembered that his name is affixed to the exterior awning (look to the top center of the image below). On top of that, when Eater toured the restaurant a while back, we snapped a shot of new matching Black Sheep tattoos that Toland and Simon got. Anyone else think something is stinky here? 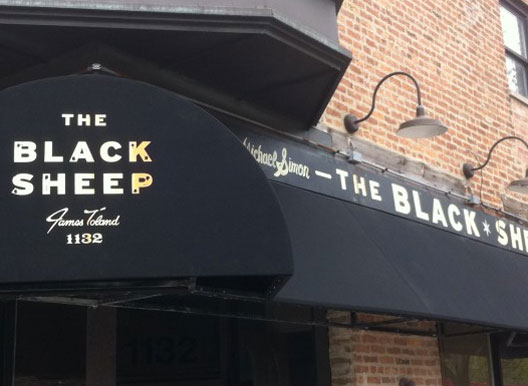 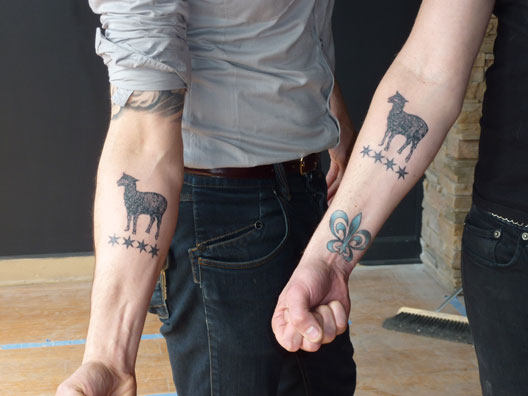