Share All sharing options for: Goat Paraphernalia Stolen From Girl & The Goat 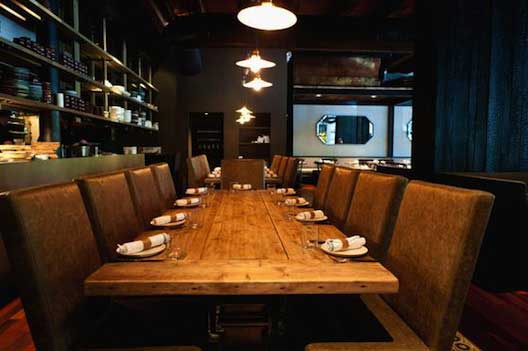 The scene of an attempted theft [Photo: Girl & The Goat]

In the latest installment of Shit People Steal is The Girl & The Goat, a place primed to have stuff snagged from it due simply to chef/owner Stephanie Izard's TV notoriety. Surprisingly, not much has been taken, but the things that have been snagged have had an impact on Izard. We're not going to say she cried, but when her bobble head goat was replaced with a "missing" sign, she wasn't pleased. So not to steal her thunder, too, we'll let Izard talk about it herself.

[Regarding the bobble head] I was pissed because we don't have another one. I was talking to my friend [Ken Friedman] who owns the Spotted Pig [in New York] that people steal their pigs all the time, but people also bring them pigs. So we're just waiting for someone to bring us a new goat, I guess.