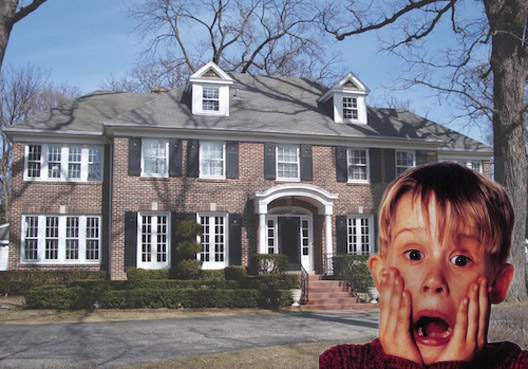 WINNETKA—The most booby trappable home in the Chicago area can now be yours. That's right, the Home Alone house in Winnetka just hit the market; it'll cost you $2.4M to go tobogganing down the stairs.

RIVER NORTH—HGTV unveiled this year's 'Urban Oasis' giveaway: A fully-furnished, 1BD, 1.5BA, 1,000-square-foot condo on the 35th-floor of the Trump Tower. The giveaway will officially launch in August.

HYDE PARK—The announcement that Whole Foods is coming to Hyde Park is a big deal, but what does it mean for Village Center? Developer Antheus Capital tells Curbed that groundbreaking is scheduled for fall 2012 on the Studio Gang-designed development.

LINCOLN PARK—On Wednesday, the City Council approved Webster Square, the controversial redevelopment of Lincoln Park Hospital. The saga might not be over yet, though; an anti-development group says they're preparing a lawsuit.