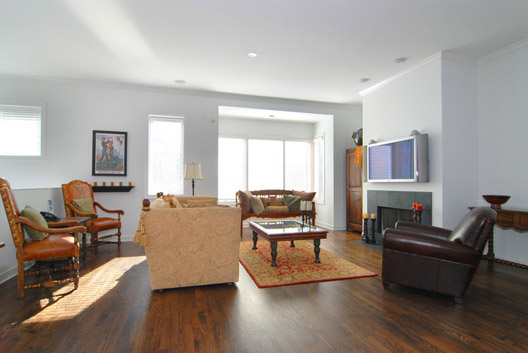 RIVER NORTH—Actor Vince Vaughn is looking for a renter. No, it isn't for his $12-million penthouse in the Palmolive Building; it's for a townhouse on Superior St. The asking price: $8,000/mo.

LAKESHORE EAST—Lots of new developments at the New East Side mega-development: Ground is set to break in a couple of weeks on a new 45-story high-rise; construction is moving forward on the new Radisson Blu hotel; and buyers are flocking to Aqua.

WEST LOOP—The area surrounding the Kennedy Expressway in the West Loop is poised for a major construction boom, as no fewer than six new high-rises are planned for the narrow strip of land. The latest proposal, a 22-story office tower, has neighbors gnashing their teeth.

LINCOLN PARK—In the tony North Side 'hood, you expect the homes to be rather expensive. But you don't normally expect a $1.3-million home to look like the interior of a Bedouin tent.