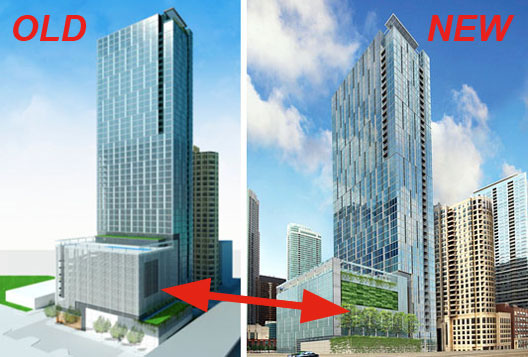 STREETERVILLE—Chicago's aldermen are becoming more intimately involved in the design of new buildings in their wards, none more so than Brendan Reilly, who demanded that Related Midwest add an 'all-season green wall' to the base of their planned high-rise.

WINNETKA—The founders of Crate & Barrel put their 10,000-square-foot Winnetka mansion on the market earlier this week. Curbed had some fun playing 'Where's Waldo' with the C&B furniture in the home.

ROSCOE VILLAGE—There aren't many homes with indoor pools or rooftop basketball courts in Chicago, but Curbed found one in Roscoe Village that actually has both. But at $3.12 million, it's probably out of reach for most of us.

EVERYWHERE—Condo-to-rental conversion has been a major trend in Chicago over the past few years. Here's a list of 10 major developments that flipped from condos to apartments where you can rent now.