And now the latest from Racked Chicago, covering everything you need to know about the city's shopping, style and retail from the sidewalks up. 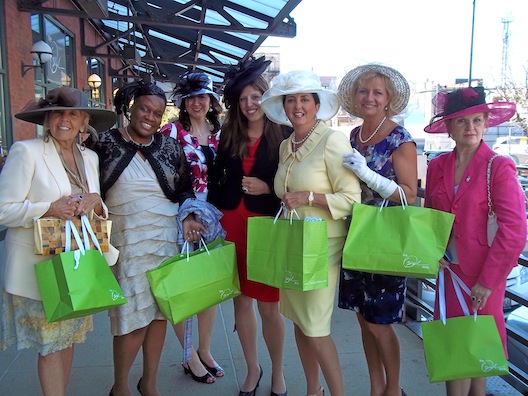 WEST LOOP-—With all of the Royal Wedding hullabaloo its only natural Oprah gets in on the action. Early this morning at Harpo Studios, Oprah Show audience members got dressed to the nines for some spectacular Farewell Season fanfare and some last minute Oprah Store shopping before it closes.

LAKEVIEW—Up on Broadway, your loyal Racked reporters did some digging and found out the future of the Buffalo Exchange lies in a Wicker Park basement.

GOLD COAST—In this week's Topshop Watch 2011 we show you a photo of a cement pumping truck. Not only that, but we tell you what they're doing in preparation for the new North Michigan Avenue British Invasion.

SOUTH LOOP—Christian Siriano was in town for a Conversations in the Arts series with former Saks Fifth Ave director Nena Ivon, at Columbia College. We braved the crowds at this packed house to hear what he had to say about his recent success.