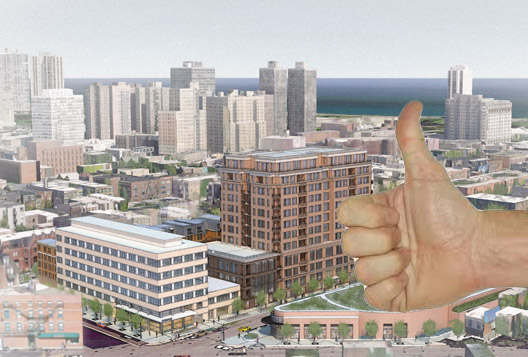 LINCOLN PARK: This week's big news was that Ald. Vi Daley, who has been sitting on the fence for over a year, finally came out in support of Webster Square, the mixed-use redevelopment of Lincoln Park Hospital. The development's opponents are rather peeved.

STREETERVILLE: After the condo bust, developer Related Midwest went back to the drawing board with their plans to build a new 58-story high-rise in Streeterville. Earlier this week, renderings were released of a shorter, boxier apartment building of about 40 stories.

MCKINLEY PARK: If you've ever taken the Orange Line to Midway, you probably noticed one home near Western Boulevard that towers over the others. Curbed went inside the boarded-up DuPont-Whitehouse house this week to see what's left of the historic 1875 home.