As 2011 comes to a close, Eater surveyed a number of industry types, writers, eaters and more. We've already covered Top Standbys, Top Newcomers, Top Dining Neighborhoods, 2011 in one word and Biggest Dining Surprises. Everything will be revealed—cut, pasted, unedited and unadulterated—by the time we check out on Friday to ring in the New Year. 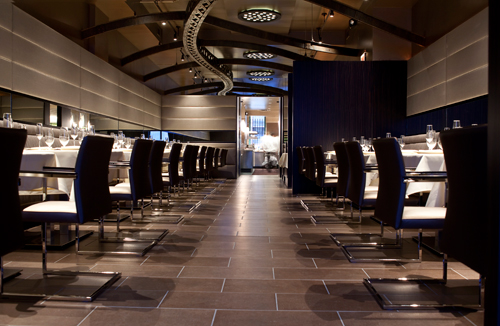 Jeff Ruby, Chicago: Tough to answer. But I can tell you the first time my tongue was shocked into submission in ages: It was while walking down Michigan Avenue to my office, sipping 70 percent cacao hot chocolate from Bar Toma. Intense and amazing. I was so dazed that somewhere around the Apple Store, I had to sit down and rest.

Heather Sperling, Tasting Table: Last night of elBulli, Roses, Spain, July 30. Not because it was the most delicious, creative or inspiring meal of the year (though it was each of those things in certain moments), but because the energy that filled the restaurant was infectious, and the whole thing was exceptionally quirky. And being there felt pretty damn special.

Kate Bernot, BlackboardEats Chicago: Everything I ate at the Green City Market BBQ. It was about 120 degrees, but all the chefs, brewers and farmers perfectly encapsulated what I love about the city: perseverance, friendliness, and killer food.

Natasha Liberman, a la card Chicago: Libertad. I went to check it out for the 2012 A la Card deck with my sister and nine-year-old nephew. No one there knew who I was. Food was (always is!) phenomenal. Service (Leo, you rock!) was the best I've had all year. The space is incredibly comfortable and not at all drab. Watching my nephew go crazy for the ceviche, devouring mussels for the first time and loving them, and seeing his excitement for each next dish was priceless, and Leo (server) made the nine-year-old feel like he was the most important man ever! Truly a perfect neighborhood restaurant!

Mike Gebert, Grub Street: Well, it's only mid-December, keep hope alive, but I pretty much fell in love with a tiny Japanese bincho bar in New York called Yakitori Totto, and that's been my secret measure for all these bincho places that have opened here. In Chicago, probably Perennial Virant, not exactly a surprise there given my long admiration for Vie. If you expand it beyond a single meal, though, between popping in there for lunch and picking up fantastic sausages and stuff, I'm sure the place that has done the most for my cumulative culinary happiness is The Butcher & Larder.

Nick Kindelsperger, Serious Eats Chicago: This hurt. During the Tour of Thailand I was unable to finish all of the beef cheek curry, and the waiter jokingly offered to put it in a to-go box for me. Sensing the sarcasm, I declined—we were at Next after all—but then he offered again, and in my slightly intoxicated state I said yes. But he was joking, and I left the restaurant without plastic container of the best curry I'd ever had. I've been a little sad inside ever since.

Carly Fisher, The Feast: Loved the omakase menu at Roka Akor—that fish was unbelievably fresh. One of those moments you kind of forget where you are: a bougie River North restaurant.

Chandra Ram, Plate: Next, for the Paris 1906 menu, specifically the lamb course. Isn't everyone naming this?

Ellen Malloy, Restaurant Intelligence Agency: My single best dish was the Jordan Kahn (Red Medicine, LA) dish at the Blackbird Young Guns dinner. I dreamed about that dish for many nights. I could think of a best meal but really, the snapshot in my memory of Jordan and that the dish overshadowed any one meal.