After holding court in a nook in an off-limits area at Simon's Tavern since 1934, an antique cash register first installed by original owner Simon Lundberg was stolen about a week ago from the Andersonville mainstay known for selling glogg in wintertime. While the register itself may only fetch a few hundred dollars, owner Scott Martin said it has a lot more sentimental value.

"This item is of extreme historical and sentimental value to Simon's and cannot be measured in dollars," a post read on the bar's Facebook page. Martin said he believes that someone drinking in the bar took the 20- to 30-pound gray metallic machine originally made by Brandt around 1916 because there was no evidence of a forced entry into the bar, according to reports.

If you know any information about the whereabouts of the register, Simon's asks that you contact the bar. The register should be handled gingerly as, "it hasn't left the bar since 1934 and is quite confused by the modern world." 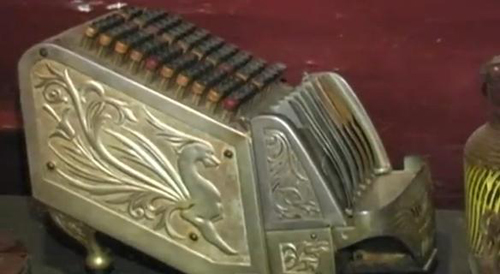