Share All sharing options for: Chinese Food By the Numbers: Sun Wah BBQ

Have you ever wondered how much work goes into having a successful Chinese restaurant? During Chinese Food Week, we are talking with some of the busier Chinese food restaurants to find out how much food they go through in a single week or month. 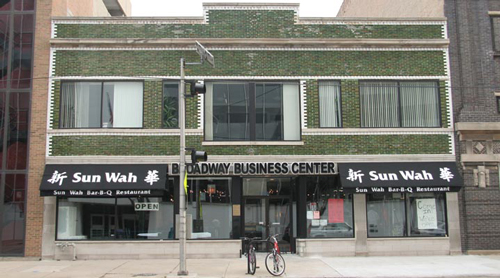 Today's by the numbers post takes us to Sun Wah BBQ, where if you're looking to have one of the best Beijing (or Peking) duck dinners served tableside, this is the place to hit. Sun Wah is often packed early and doesn't take many reservations. But they do have a huge dining room and serve drinks (or you can BYO for a small fee) so waiting is usually never a problem. Eater talked to owner Kelly Cheng to get the low down.

In a single week, for their Beijing duck service, Sun Wah goes through:

· between 800 and 1000 ducks
· 10 gallons of hoisin sauce
· 150 pounds of pickled daikon and carrots (for duck service)
· and 30 to 50 tableside duck services a night, which also comes with fresh steamed bao
· approximately 4,500 patrons dine in the restaurant