And now the latest from Curbed Chicago, covering everything you want to know about the city's neighborhoods. 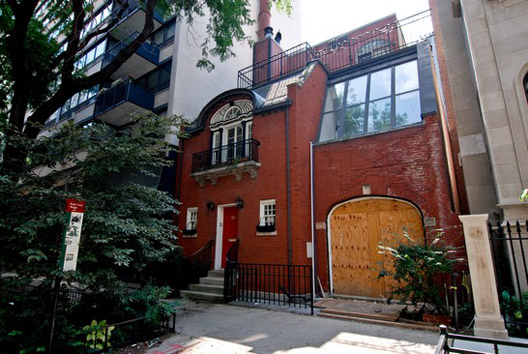 GOLD COAST: Bad news for the Gold Coast house that briefly served as Frank Lloyd Wright's love nest. After its foundation was damaged during the construction of George Giannoulias' mansion next door, the 1887 home was sold on Tuesday and is slated for demolition.

EVANSTON: Did you know that Evanston has a 'Brothel Law'? Yep, it's illegal for three or more unrelated people to live together in the North Shore town. The city threatened to start enforcing it, in order to crack down on rowdy college kids, until it became a national news story and they backed down.

SOUTH SHORE: McCaffery Interests is planning to redevelop US Steel's 530-acre South Works site, with phase 1 set to break ground next year. This promo video that Curbed posted yesterday should help you wrap your head around the enormous scale of the project.